Steve Jobs was a closet audiophile. Yes, the man responsible for the iPod and the global domination of low-res MP3 files had a serious Hi-Fi fetish. As musician and audio quality champion Neil Young said in 2012, “Steve Jobs was a pioneer of digital music. But when he went home, he listened to vinyl.”

This wasn’t a just wealthy man indulging in some hipster fantasy. Jobs’s analog roots ran deep, stretching back to at least to 1982. That’s when photographer Diana Walker snapped this candid portrait of him in his Woodside, California home. Other than the Tiffany lamp, the room’s only furnishings are a clutch of stereo components and a small stack of vinyl LPs. The shiny boxes loom large in the background like sacred totems, which is precisely what they were to Jobs. They embodied everything he held dear in high-end industrial design: clean lines, quality materials and workmanship, outstanding performance–price be damned. Although he would eventually upgrade to far more exotic equipment, like six-figure Wilson Audio speakers, this old school rig is still considered serious audio porn today. It should have been shipped off to the Smithsonian, preserved behind glass. But, like so many of the toys that famous men collect, it simply disappeared. Fortunately, the photograph and the forensic evidence it contains, remain.

For the curious, if you were to put together this same stereo rig today by picking up the components on the used market, it would cost about $8,200 — not including the records.

TurnTable: Today, you can pick up a MK1 GyroDec for about $1,500 used or $2,500 new. Over the past several decades, the company has made incremental improvements to the turntable, but the basic design remains unchanged.Michell Engineering

Speakers : The young Steve Jobs was not into puny bookshelf speakers. While he owned a slightly different model of these electrostatic Acoustat Monitor 3s (his had a wood riser base and a rare white grill cloth), these electrostatic speakers still were renowned for their smooth midrange.

Preamp : The $1,200 (on the used market) FET-One was Threshold’s reference preamp when the company was at its peak in the late ’70s. It was designed to be paired with best power amps, like the STASIS-1 in the next slide.Threshold Audio Inc.

Poweramp : The $2,000 (on the used market) STASIS-1 is a 200 Watt per channel monoblock beast that looks like Darth Vader’s table radio.Threshold Audio Inc.

Tuner : The Denon TU-750s digital tuner isn’t the best looking piece of equipment in the room. In fact, it’s probably a stray component from Jobs’ previous stereo. But of all the equipment, it also happens to be the most affordable. You can pick one up on eBay for as little as $10 (shipping included).Denon

Why you should listen to… blues

Blues tells the story of the entire 20th century. Simon Lucas, editor of What Hi-Fi?, takes you through the genre’s huge and lasting influence on music and society

Better, and better-informed, people than I have written long and scholarly books, or long and enthusiastic books, about blues music.

As a subject it’s almost endlessly fascinating, a story that encompasses the whole of the 20th century and touches on religion, politics, oppression, emancipation and societal upheaval in a way that had global ramifications. At the same time it’s deeply/necessarily personal. And that’s before you consider the actual music.

Everyone knows the blues, because it’s been around forever (the first sheet music was published in 1908, although the form was probably several decades old by then). The cyclical 12-bar structure, the AAB lyric and the call-and-response scheme are as instinctive, this far into the story of the blues, as night following day.

But the trouble with trying to write an introduction to the blues is that it’s a massive, sprawling story. It’s a meta-story of an entire nation at the same time as being the story of the most deeply personal music imaginable.

Instead of trying to explain the global ramifications of a music that began as a mash-up of spirituals and work-songs to try and express a little of the pain of a poor, hard existence, I’ve selected six songs that (to me, at least) put the blues into some kind of context. Because, as I say, everyone knows the blues.

Son House – Walkin’ Blues (1930)
By 1927, at the age of 25, Eddie ‘Son’ House Jr was an ex-preacher, ex-pastor and ex-jailbird. He was also one of the foremost exponents of the new Mississippi Delta blues styles, a leading practitioner of slide guitar and well on his way to influencing the likes of Robert Johnson and Muddy Waters.

Walkin’ Blues is one of a number of utterly commercially unsuccessful recordings House made in 1930 and 1931 and, although he spent the rest of the ’30s performing with the likes of Charley Patton, by 1941 (following some non-commercial recordings for Alan Lomax and the Library of Congress) he was resident in New York state and an ex-musician.

Fast-forward to 1964 and those Library of Congress recordings are discovered by a hip young audience – House is coaxed from retirement, performs at festivals and on ‘folk blues’ tours and records several albums. Gravitas has seldom been so hard-won.
Listen here

Robert Johnson – Me and the Devil Blues (1937)
The story of Robert Johnson is, in many ways, the broad story of the blues, and has occupied many a biographer. It’s hardly surprising.

His absolute mastery of the guitar is apparently the result of a Faustian pact with the Devil. He used at least eight distinct names during his career as an itinerant (or ‘walking’) musician. He was married at least twice. He was dead at 27, although whether the cause was poisoning by a jealous husband, or syphilis, or alcohol poisoning, or something else, is disputed – as is the location of his grave.

All of his recordings (a grand total of 29 songs, with alternate takes bringing the entirety of his catalogue to 42 tracks) took place in 1936 and 1937, the last years of his life. What’s not disputed is Johnson’s staggering musical virtuosity, his extraordinarily expressive vocal style, and his enduring legacy and influence. When Mick Jagger, Keith Richards, Bob Dylan, Eric Clapton, Jack White and pretty much everybody else with a guitar is lining up to sing his songs and revisit his legend, there’s obviously a place for Robert Johnson in the overall history of the 20th century.
Listen here

Memphis Minnie – Me and My Chauffeur Blues (1941)
Like many of her contemporaries, Lizzie Douglas’ story requires several volumes to do it any justice. She was a runaway in her early teens, a weathered blues musician not much later and signed to Columbia records by 1930 (it was a Columbia A&R man who christened her ‘Minnie’).

She fought her corner as a black woman in a profession dominated by black men, and in a country dominated by white men, by being as big a boozer, as big a brawler and as big a bastard as any man she came into contact with. And, as is evidenced by 1941’s Me and My Chauffeur Blues she wrote and performed songs with just as much passion and inspiration as any of her male peers.
Listen here

Big Bill Broonzy – Where the Blues Began (1945)
By the mid-1940s blues music had begun a decisive transition from the rural to the urban. This reflected the change in circumstances in both its performers and its audience as they moved from the countryside to the city – and no blues artiste embodied this uprooting and working-class mobility like Big Bill Broonzy.

He’d served in Europe during World War I, and by the 1920s was working as a musician (and at a grocery store) in Chicago. His reputation steadily grew through the next decade and more, thanks in no small part to his mastery of ragtime, jazz, spirituals and country music as well as blues. By the time he recorded Where the Blues Began (which was a neon-lit signpost towards the future of the blues genre) his appeal to the more sophisticated urban audience was unparalleled.
Listen here

Howlin’ Wolf – How Many More Years (1951)
Chester Arthur Burnett stood 6ft 3in and weighed over 250 pounds – and when you listen to the recordings he made as Howlin’ Wolf, his huge physical presence roars from the grooves of the vinyl.

Potent and loaded with menace when many of his contemporaries made do with a defeated litany of misfortune, Howlin’ Wolf turned out a succession of recordings that became standards (most notably Smokestack Lightning, Moanin’ at Midnight and The Red Rooster, which The Rolling Stones gleefully repurposed as Little Red Rooster). But it’s 1951’s How Many More Years that unequivocally points the way towards Elvis Presley, rock’n’roll and the next five decades of popular music.
Listen here

Muddy Waters – Mannish Boy (1955)
If any individual can be credited with turning the blues into a world-wide movement and inspiring generations of unlikely teenagers to fantasise about being itinerant barefoot musicians, it’s Muddy Waters.

McKinley Morganfield (as he used to be) left his Mississippi home for Chicago in 1943 (not before Alan Lomax had secured some Library of Congress recordings, naturally), and by 1946 was a Columbia Records artiste. In the early-to-mid ’50s he recorded a succession of unarguable classics (including Hoochie Coochie Man and I Just Want To Make Love To You), and his 1958 sojourn in England (notorious for Waters’ use of ear-splitting amplification) gave the likes of Keith Richards, Eric Clapton, Jimmy Page and countless others a lifetime’s-worth of ideas.
Listen here
Read more at howtoliveit.uk 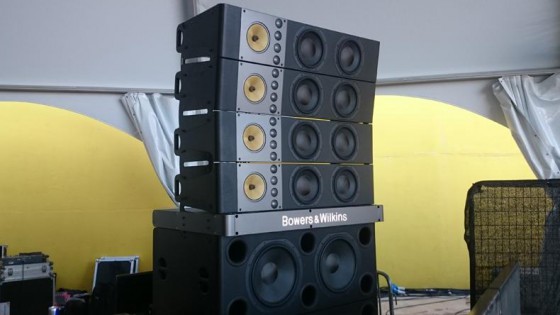 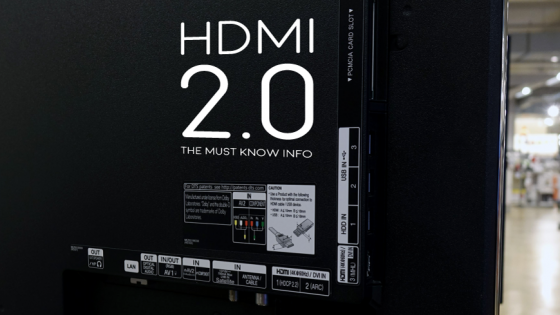