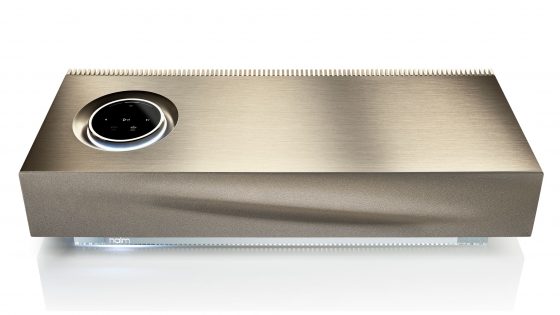 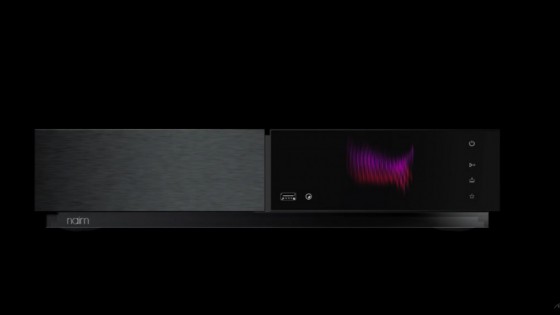 The never-advertised, always coveted headphones built and sold in Brooklyn

Buried in a packed townhouse on a quiet street in south Brooklyn is a manufacturing operation that produces some of the most renowned headphones in the business. Despite Yelp reviews for the business, Grado Labs doesn’t sell directly from its location to consumers, though it does take the occasional walk-up request for repairs. For the most part, its long-time employees, including owner John Grado and his son Jonathan, tinker away through four crowded floors on audio gear that hasn’t appeared in advertising since the 1960’s.

In the building, the company assembles and ships models that range from the flagship PS1000, priced at $1,700, to the $79 SR60s. As of early June, Grado has evolved the drivers for the second time in 23 years, from the I-series to the E-series.

The average New York City apartment building is narrow to begin with, but Grado’s space is like a house eternally in the middle of moving day. You get around by edging your way around boxes, through the halls, on the stairs, and in the rooms. During the holiday season, Jonathan says, the boxes are stacked high enough to effectively move the walls in.

The company does all the injection molding of the plastic parts for its headphones in the basement with two machines, one old and one modern. The machines also still churn out parts for turntable cartridges, of which Grado shipped half a million per year in vinyl’s heyday. In the early ’90s, those shipments dropped to around 12,000, but hipsters have surged cartridge sales back up to 60,000 units in recent years.

Throughout the house, women are putting the headphone components through stages of assembly: stamping logos and dates of origin, carefully gluing thin mesh screens onto the drivers, or snapping the pieces together into a finished product. One woman, Lorina, has worked at Grado for 25 years, since the company started making headphones.

The first stereo headphones were tiny speakers surrounded by couch cushion foam, created in 1958 by John C. Koss, a jazz musician who lived in Milwaukee. After Koss came Philips, Onkyo, and Sennheiser with their own models, and then Sony brought headphones out of the home with the Walkman in 1979.

Grado didn’t start developing headphones until 1989, shortly before John Grado bought out the company from his uncle. True to the headphones’ origins, though, their sound is particularly suited to jazz music. According to reviews, they tend to lack a bit on the low end and have a“bright” sound that can be too much for some ears. This contrasts Grado’s foil, Beats Audio, a company that makes headphones infamous for their emphasis on bass. Audio reviewers also know Grado headphones as products that expend as much quality as cost allows on the audio itself, often at the expense of style on the lower-end models. Beats is the other way around.

Lorina walks me through assembling my own pair of SR60s using injection-molded pieces, a driver, and two different kinds of glue. The various parts for each type of headphones are stashed all around the room and building in stacks of mostly unlabeled cardboard boxes. Lorina and the women who work putting together the headphones can distinguish which pieces belong to which models on sight, and they instinctively know which boxes the right pieces are scattered in. She culls parts from a series of boxes in different parts of the room and puts my incompetent self to work.

Lorina’s hands are so fast and sure at putting the headphones together her movements startle me. She shows me how to apply two different kinds of glue and how to solder the wires from the driver. In about five minutes, the headphones come together into one piece, and she lets me test them the way Grado tests every headphone: with an 80Hz tone that feels like Inception. Since my shoddy craftsmanship came after most of the important assembly steps (namely, the driver got there before I could mess it up), they actually work.

The only part of the headphones that are built off-site, according to the Grado family, is the driver. These are manufactured by one man on Long Island who doesn’t work exclusively for Grado, but he has the space to put drivers together that Grado does not in its packed and rickety townhouse. The driver design was built and refined in-house, John says; it’s just the handiwork that happens in Long Island.

All of the testing of the headphones takes place in the listening room on the top floor of the Grado building, which is filled with leather furniture and two shelving units of turntables and receivers. The shelves are bookended by a set of peculiar speakers, which aren’t so much speakers as two stacks of headphone drivers encased in wood. The speakers are an experimental design that Grado decided never to ship, but the models stand waiting if the company ever decides to expand. Playing to the headphones’ strengths (or, more likely, the Grado family preferences), the company tests and develops new drivers by listening to artists like Ella Fitzgerald or Eric Clapton in the listening room.

Here I try out two prototype models of Grado’s professional variety of headphones, the GS1000e and PS1000e, while listening to The Fairfield Four. I can hardly tell the difference between them, but in each pair, I can hear each individual reverberation of the baritone singer’s vocal chords.

And what if a big company, say, Apple, came knocking wanting to expand into a new hardware area? “It’s not for sale,” John said. He likes the hands-on process of taking headphones from pieces to product and being involved in the minutiae of the business. Selling, or even expanding the space enough that he would become more removed, isn’t in his interest.

After Jonathan graduated college and completed a stint at Sonos, he returned to the family business this year, ready to get into more of the profile-raising his father never really cared for. In the coming months, he’ll ship off to conferences to represent Grado to fellow audiophiles, interested retailers, and competitors. But while Grado is slowly adapting to social media, it has no intent to bring back advertising or celebrity endorsements. For the foreseeable future, it’s just the Grados in their narrow townhouse making the little-known, well-loved line of headphones.

CASEY JOHNSTONCasey Johnston is the former Culture Editor at Ars Technica, and now does the occasional freelance story. She graduated from Columbia University with a degree in Applied Physics.
TWITTER @caseyjohnston
30
mrt

High Resolution Audio : Everything you need to know.

High-res audio (HRA) has emerged as arguably the ultimate sonic selection for digital music fans, but what’s it all about, what do you need and how can you get it? Allow us to explain.

2015 has seen high-resolution audio (HRA) hit the mainstream, thanks to the release of more devices and services that support the audio format.

From Neil Young’s PonoPlayer to high-res audio support on the Sony Xperia Z3 and high-res streaming on Qobuz, there’s been plenty of noise around HD audio.

But how did it all start and where is the market heading?

As the music industry shifted away from physical media such as CD and vinyl (the vinyl resurgence not withstanding), many of us moved to digital downloads from sites such as Amazon and iTunes, and latterly streaming services, such as Spotify.

These sites use compressed file formats with relatively and low bitrates, such as 256kbps AAC files on iTunes and 320kbps MP3 streams on Spotify.

And with regards to sound quality, these formats aren’t telling the full story of our favourite songs. The use of lossy compression means that data is lost in the encoding process, which means resolution is sacrificed for the sake of convenience and smaller file sizes.

This might be fine on the bus when you’re listening to your iPod or smartphone, but some serious music fans want better. This is where high-resolution audio – or HRA, the term coined by the Consumer Electronics Association – steps in.

Astell & Kern, LG, Samsung, Sony and FiiO are just some of the companies to have launched high-resolution audio compatible products so far, while several download sites now offer better-than-CD quality music files, with the likes of HDtracks and Qobuz now live in the UK. HRA also has the support of major labels and musicians.

But what does high-resolution audio actually mean? Where can you get it? And what do you need to play it on? Don’t worry – all your questions and more are answered on this page.

END_OF_DOCUMENT_TOKEN_TO_BE_REPLACED

Steve Jobs was a closet audiophile. Yes, the man responsible for the iPod and the global domination of low-res MP3 files had a serious Hi-Fi fetish. As musician and audio quality champion Neil Young said in 2012, “Steve Jobs was a pioneer of digital music. But when he went home, he listened to vinyl.”

This wasn’t a just wealthy man indulging in some hipster fantasy. Jobs’s analog roots ran deep, stretching back to at least to 1982. That’s when photographer Diana Walker snapped this candid portrait of him in his Woodside, California home. Other than the Tiffany lamp, the room’s only furnishings are a clutch of stereo components and a small stack of vinyl LPs. The shiny boxes loom large in the background like sacred totems, which is precisely what they were to Jobs. They embodied everything he held dear in high-end industrial design: clean lines, quality materials and workmanship, outstanding performance–price be damned. Although he would eventually upgrade to far more exotic equipment, like six-figure Wilson Audio speakers, this old school rig is still considered serious audio porn today. It should have been shipped off to the Smithsonian, preserved behind glass. But, like so many of the toys that famous men collect, it simply disappeared. Fortunately, the photograph and the forensic evidence it contains, remain.

For the curious, if you were to put together this same stereo rig today by picking up the components on the used market, it would cost about $8,200 — not including the records.

TurnTable: Today, you can pick up a MK1 GyroDec for about $1,500 used or $2,500 new. Over the past several decades, the company has made incremental improvements to the turntable, but the basic design remains unchanged.Michell Engineering

Speakers : The young Steve Jobs was not into puny bookshelf speakers. While he owned a slightly different model of these electrostatic Acoustat Monitor 3s (his had a wood riser base and a rare white grill cloth), these electrostatic speakers still were renowned for their smooth midrange.

Preamp : The $1,200 (on the used market) FET-One was Threshold’s reference preamp when the company was at its peak in the late ’70s. It was designed to be paired with best power amps, like the STASIS-1 in the next slide.Threshold Audio Inc.

Poweramp : The $2,000 (on the used market) STASIS-1 is a 200 Watt per channel monoblock beast that looks like Darth Vader’s table radio.Threshold Audio Inc.

Tuner : The Denon TU-750s digital tuner isn’t the best looking piece of equipment in the room. In fact, it’s probably a stray component from Jobs’ previous stereo. But of all the equipment, it also happens to be the most affordable. You can pick one up on eBay for as little as $10 (shipping included).Denon